Transplant legislation is well regulated, even in countries where health coverage is not universal, with donation based on altruism, family solidarity, and strict prohibition of any kind of commerce. There are no persistent systematic irregularities in the transplant process in any of the countries in the region. In addition, Brazil has a universal public health system that has been continuously providing immunosuppressive drugs to more than 50 000 transplant patients during the past 20 years. This public health system also covers over 110 000 patients on dialysis. Waiting lists for corneal transplants are very short and paralleled by the growth solid organ transplants, a clear sign that organ donation and its social benefits have been incorporated in this society's culture. These results are largely due to the decisive influence and active participation of the Brazilian Society for Organ Transplantation, engaged in educational strategies to increase organ donation and coordinating the national transplant registry.
Latin American countries frequently face economic instabilities that are largely linked to management deficiencies and variability in prices of commodities in the global economy.Ensuringcontinuousresourcestosupportstableandrobust health care remains thus a major challenge. Obvious goals in organ transplantation are a reduction of currently high delayed graft function rates linked to inadequate hemodynamic donor management in addition to geographic disparities in transplant rates. Transplant volumes, for example, are more than 5 times higher in the Brazilian South and Southeast compared to Central and Northern regions, figures that parallel the economic strength of those regions, clearly demonstrating geographic disparities to access.
Transplantation:
What opportunities do you see in Brazil and South America for transplantation?
JMP:Latin America has witnessed the largest growth inthe number of organ donors per million inhabitants worldwide. During the past 12 years, donors have increased from 2 to 8 per million. A further increase in organ donation seems possible short term and should therefore represent the preferable way to expand transplantation. A sensitive approach and prudent supervision appears necessary when considering an introduction of nonrelated donation, paired exchange programs and donations after cardiac arrest. This cautious approach is furthermore supported by potential failures, legal disputes, and public controversies that may also impact the current growth in deceased (brain dead) donor availability. Transparency but even more so prudence in utilizing all availableresourcesappearnecessarytoavoidanyirregularity in organ allocation.
Transplantation:
Why should people aspire to a career in the transplantation field?
JMP: Key will be an enthusiastic mentorship by an expert who is driven by commitment and passion for the field and for those who benefit from the art. Transplantation is so fascinating, as the field is second to none in allowing us toliveour medical vocation,theinvisibleforcethatmotivates us to develop innovation, achieving expertise in an exciting multidisciplinary approach combining science and clinical excellence to provide patients with a new lease on life. The transplant specialist is “wedded” to the transplanted patient assuring the best possible outcome while constantly exercising critical thinking. Although we like to see all our decisions based on evidence or meta-analysis, each patient is unique and many of our decisions are not purely evidence driven.
Transplantation:
What is your advice to young clinicians and scientists going into transplantation
JMP: Generosity and focus are vital. Nevertheless, the most important piece of advice is to put yourself in the patient's shoes and consider whether you, with your medical knowledge, would accept renal transplantation with all its complexities over dialysis. It seems prudent to understand the dilemma of accepting an organ from a living or a marginal donor.
For scientists, my modest suggestion is to be guided by
“the perseverance of a visionary.”
Transplantation:
What do you like to do most when you are not working?
JMP: I like to watch any kind of sports, preferably in the stadium rather than on television. Besides soccer, the Brazilian national sport, I am one of the few Brazilians who enjoy being in a ballpark watching baseball or following a football game. In fact, in 2013 I had the opportunity to watch the Super Bowl between Denver Broncos and Seattle Seahawks at Metlife Stadium. I regularly enjoy physical activities, I take stairs and avoid elevators. When my physical condition started to limit my ability to play soccer, I took up long-distance cycling and have completed a few cycle routes including the Camino de Santiago.
REFERENCES
1.   Medina-Pestana        JO.                 Organization                     of                    a                     high-volume                      kidney          transplant program—the “assembly                      line” approach.                 Transplantation.              2006;81: 1510–1520.
2.   Lorber MI. High-volume kidney transplantation in a developing economy.Transplantation. 2006;81:1521–1522.
3.   Oniscu GC, Forsythe JL. The assembly line approach in kidney transplantation—back to the future? Transplantation. 2006;81:1523–1524.
4.   Thabit H, Tauschmann M, Allen JM, et al. Home use of an artificial beta cellin type 1 diabetes. N Engl J Med. 2015;373:2129–2140.
5.   Carpentier A, Latrémouille C, Cholley B, et al. First clinical use of a bioprosthetic total artificial heart: report of two cases. Lancet. 2015;386: 1556–1563.
6.   Medina-Pestana JO, Duro-Garcia V. Strategies for establishing organ transplant programs in developing countries: the Latin America and Caribbean experience. Artif Organs. 2006;30:498–500.
7.   Raia S, Nery JR, Mies S. Liver transplantation from live donors. Lancet. 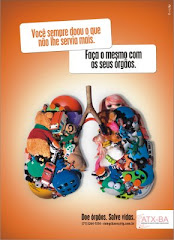